I’ve found some old pics from some dinner I made for myself in 2008: 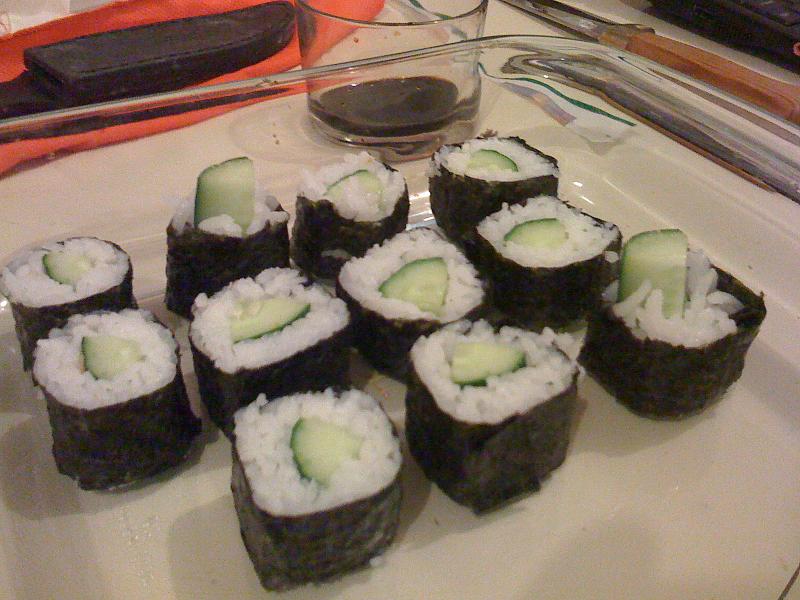 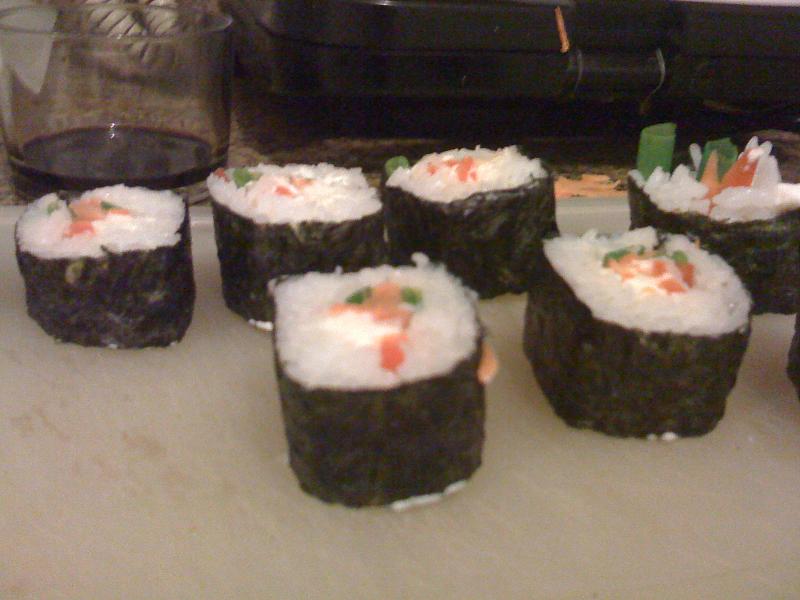 Photo: Another Sushi from 2008

Once, my wife, who was at that time my girlfriend, asked me why my friends called me sushi. I noticed then that even though we were together for many years, she never saw me making them. That nickname didn’t made sense for her. The next day, I decided to make surprise sushi dinner. I calculated everything wrong as I tried to remember quantities from decades old memories instead of looking into one of the recipe books I actually own. In the end, I made enough sushi to feed three families. It was a surprise. She didn’t knew, so she didn’t came home for dinner, she went out with friends for snacks and drinks after work. When she arrived, she was not hungry and I had hundreds of makimonos and niguiris waiting. Well, I proved that I could make them. That was a fun night, after eating a couple to try them out (and please me), we decided that throwing them away would be horrible. So I bacame the sushi fairy and at close to eleven in the evening, I toured my friends house delivering unsaked-for-sushi. Much like a surprise deliveroo. That was probably six or seven years ago.

Now, living in London and with enough time to reflect on the stuff I enjoy, I decided to go back making sushi. I purchased some ingredients (cheap stuff, I’m not doing fancy stuff yet) and went on to a friends house to make sushi. 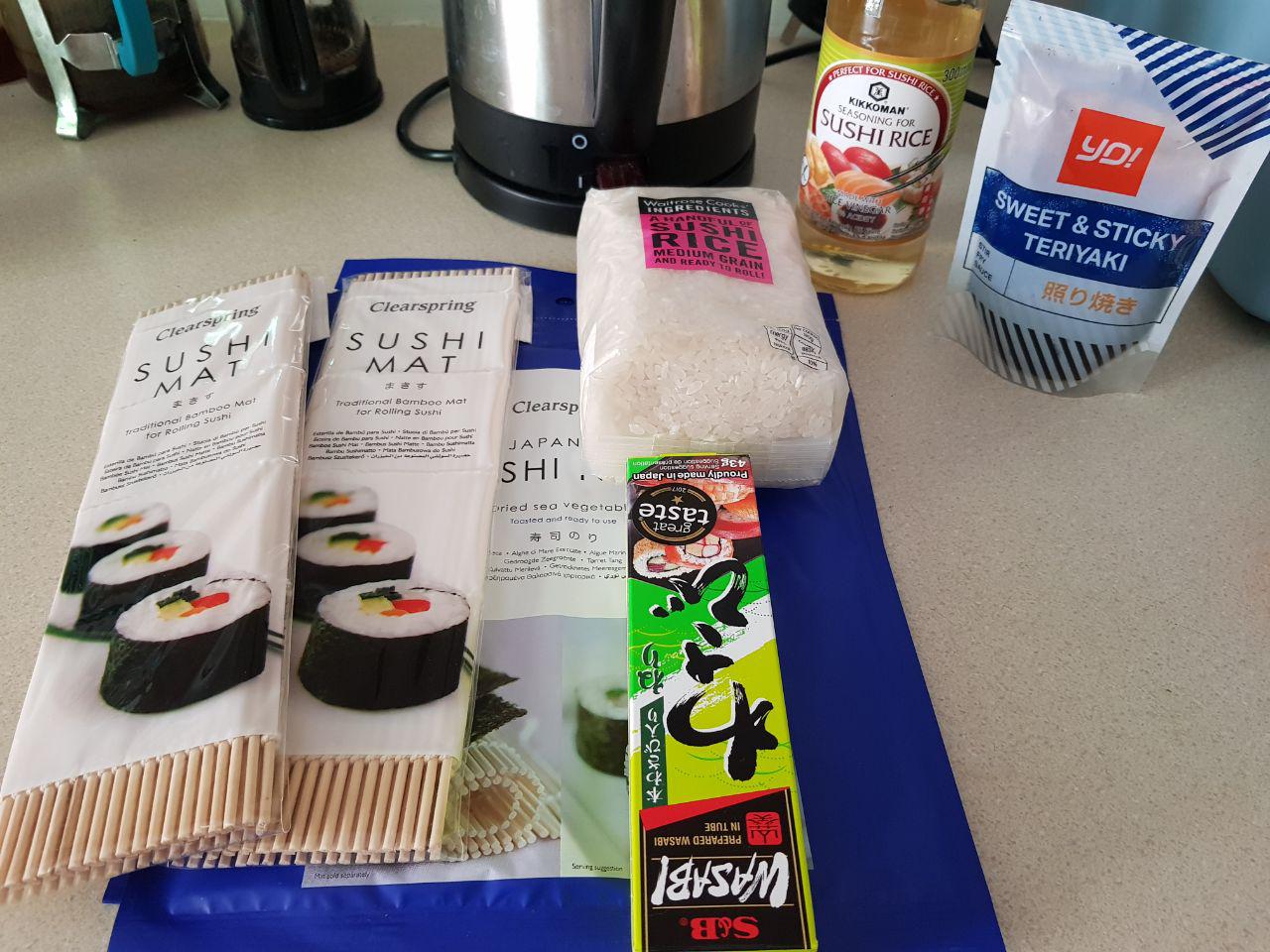 I decided on buying prepared stuff like kikkoman rice seasoning instead of doing my own because I wanted to have fun more than I wanted to make it really good.

It was the first time cooking rice in an actual pan in the cooker in more than 20 years. I’ve always used Japanese rice cookers from Zojirushi at home (my grandfather is Japanese, I was exposed to a ton of JP stuff as a kid). I was so afraid of burning it or making it bad but lo and behold, the rice was actually good. It could have been better if it had stayed a couple more minutes in the cooker. I removed it too early but it was still good.

The first rolls I made that day were all wrong, I got the shape wrong, the density wrong (low density makes it harder to cut as it deforms under the knife pressure). Later rolls started looking better and the final one was actually in the correct shape and size. I guess it will come back to me if I start making it more regularly. 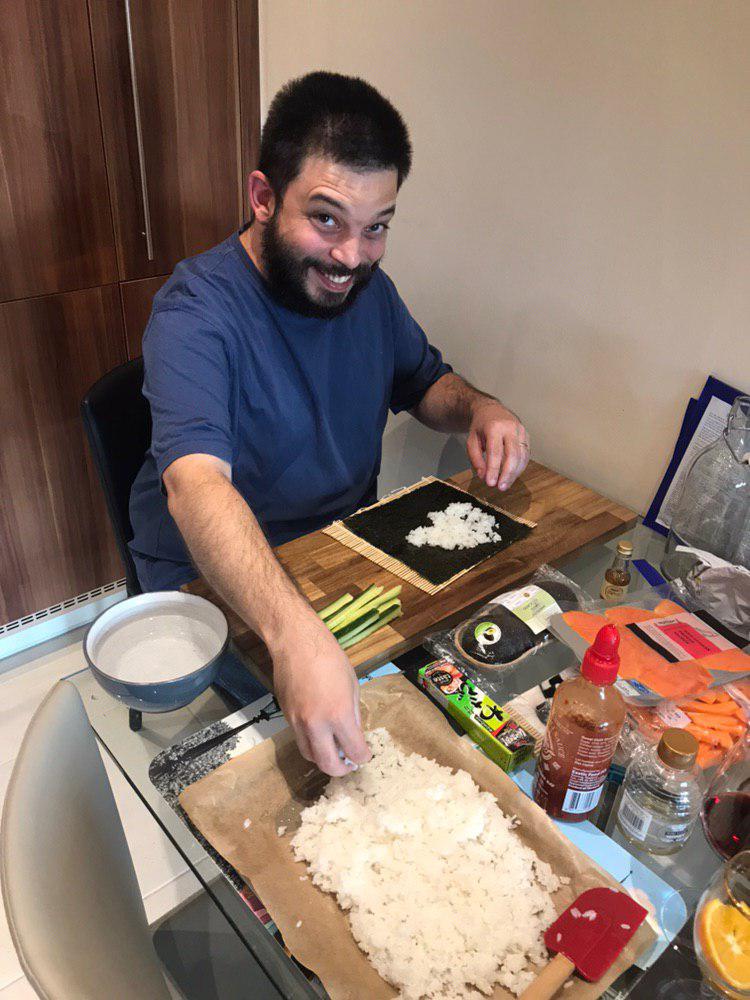 me, smiling as I know everything I am doing wrong at the moment but don’t care. For example, I should’ve removed my wedding ring to cook but, I didn’t.

Sadly (or gladly cause they were ugly) we didn’t take photos of the finished rolls. We ate them all, which is always a good sign and had fun. I hope to make some more soon.

The recipes for the day were mostly makimonos and niguirizushis.