Today is a gray and windy day here in London but that is to be expected as we’re approaching the end of the year. There are few things I like more than sitting on a coffee shop and watch the city walk by. I don’t to this as often as I did in Brazil but I had some minutes to wait and decided it was a good option to sit outside for a coffee. 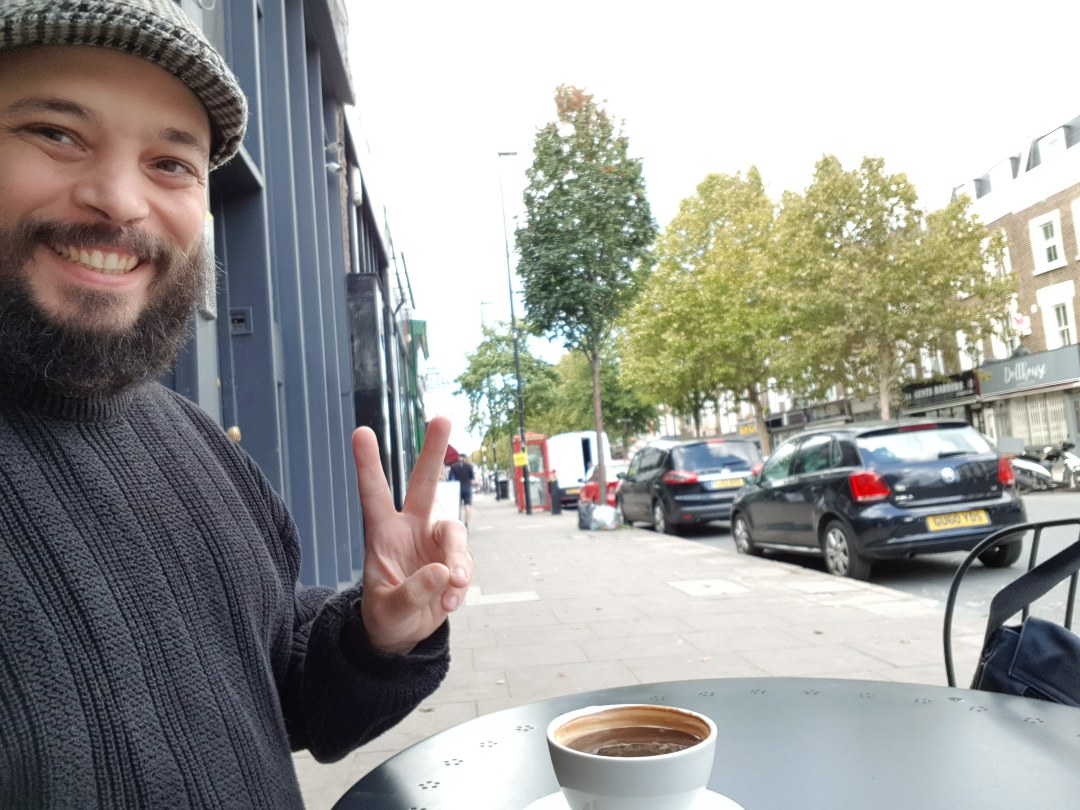 photo of me sitting at an outside table drinking coffee