Checking the calendar, I noticed that 14th of August was the release date for Strayed, a new comic book from Dark Horse which I am quite curious about:

Most cats have nine lives, but the fates of billions rest on this feline.

In the far future, a military-industrial complex reigns over all humanity and actively destroys distant alien worlds. The galaxy’s only hope can be found through an unlikely pair: an astral-projecting cat named Lou and his loving owner Kiara. Trading nine lives for the well-being of billions, their revolt is a battle for love, friendship, compassion, and the soul of humanity. — from Dark Horse 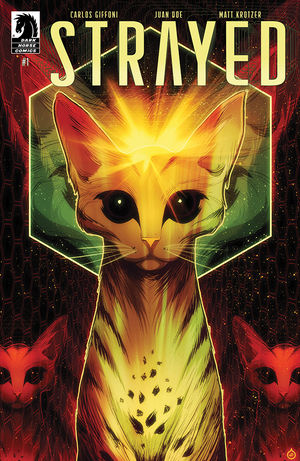 So, with my excuse ready, and my waterproofs on, I escaped the confines of my dry and loving flat. What I forgot (or more shamefully accurate, didn’t believe) was that the 390 was still on a diversion route taking a detour into Belgium, Alpha Centauri, and a cozy coffee shop in 1922 Paris, but passing nowhere near the Forbidden Planet Megastore which was my objective.

Fourty or so minutes later, and with enough water hanging onto my waterproof (but waterfriendly) jacket to qualify me for an extra role in the Acquaman sequel as a fat wet seal who part-times as a web developer, I arrived at the cramped store. Everyone was fleeing the rain and there was a signing going on for once & future which looks like a neat UK comic. Some of you may not know but that store is quite large and unfortunately really uncomfortable. The corridors are quite narrow and there are no places to sit down. It would benefit a lot from having a coffee shop (I AM THE GHOST THAT HAUNTS COFFEE SHOPS).

With the idea of a warm coffee on my mind, I decided to go back into the rain and walk towards Foyles which is probably one of my favorite places in the whole city. There was a book I wanted to check out called This Is How You Lose the Time War by Amal El-Mothat and Max Gladstones.

Among the ashes of a dying world, an agent of the Commandant finds a letter. It reads: Burn before reading.

And thus begins an unlikely correspondence between two rival agents hellbent on securing the best possible future for their warring factions. Now, what began as a taunt, a battlefield boast, grows into something more.

Except discovery of their bond would be death for each of them. There’s still a war going on, after all. And someone has to win that war. That’s how war works. Right? — from Goodreads 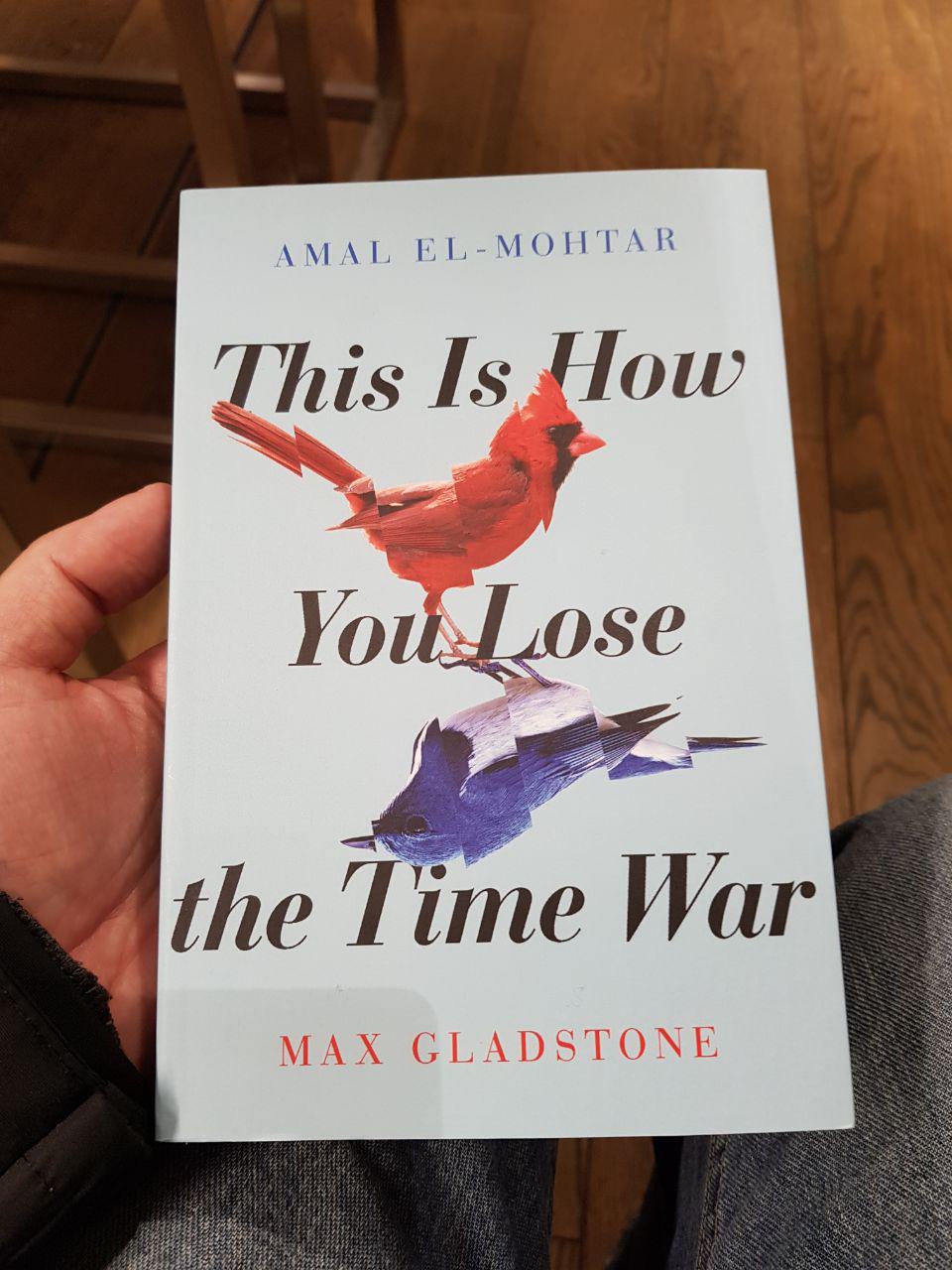 This is How You Lose The Time War Cover

From the first couple pages I skimmed I’ve found the book quite lyrical. I am quite curious to read it all. I am a very fast reader so I guess it should take me a day or at two at the most to finish it. As I walked the aisles, my attention was drawn to a book about a topic quite dear to me – Anarchism – and which I haven’t read much in a while. I thought that book would be a nice complement to one of my recent purchases (Fully Automated Luxury Communism by Aaron Bastani). So I purchased The Government of No One, The Theory and Practice of Anarchism by Ruth Kinna and am looking forward to learning a ton more. 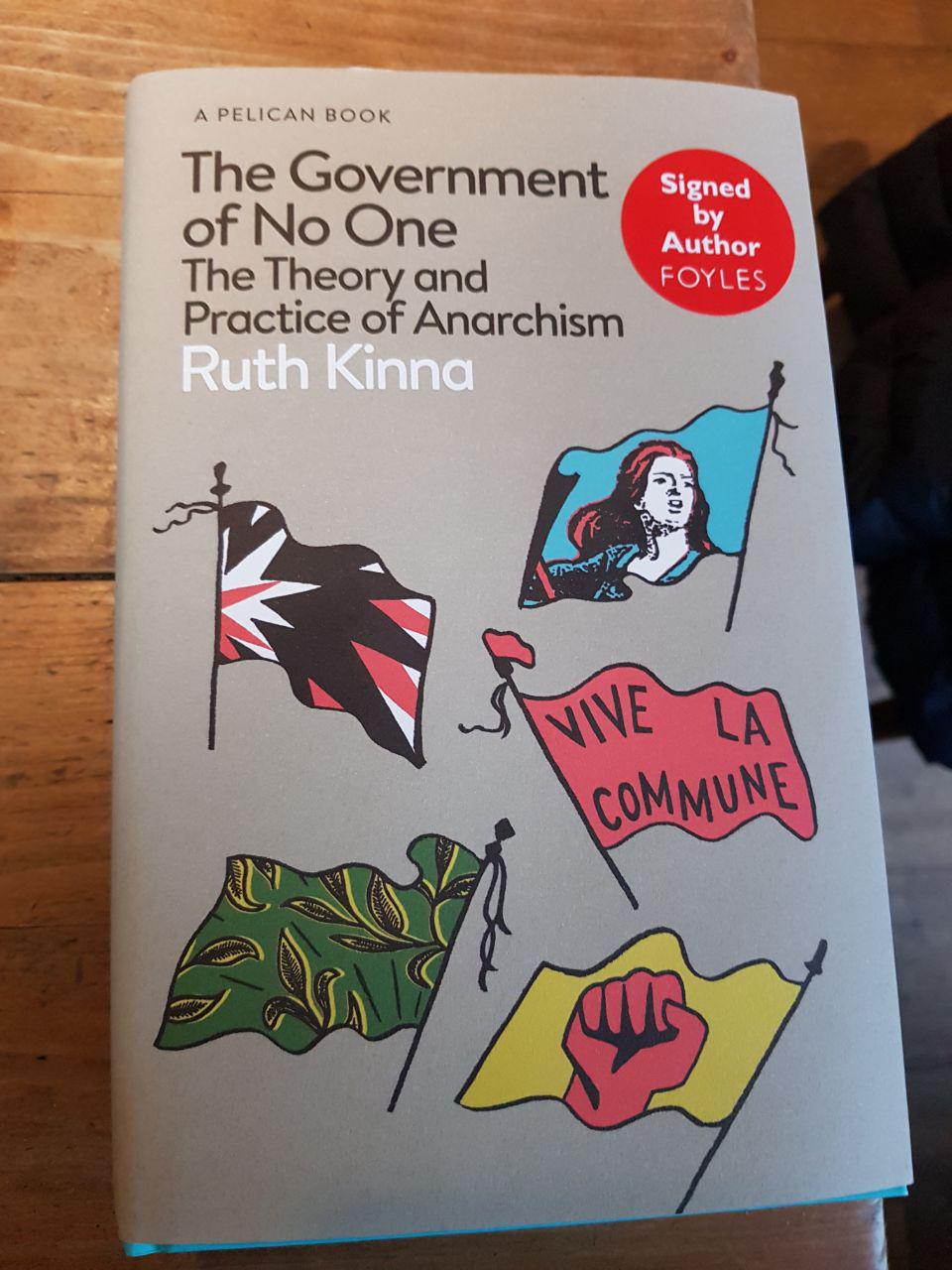 The Government of No One Cover

Foyles at Charring Cross is a really nice book shop with about five floors of books, stationary, gifts, music, but mostly books. Their staff is extremely friendly. Once one of them spent an unreasonable amount of time helping me find a Hobonichi Techo. We could see on the computer a ton of them being available on the store, and we could see one on display on a gorgeous locked glass display case, like a terrarium for stationary, but we couldn’t actually find them physically on the store. I think it took half an hour to do all the scavenger hunt necessary to find the correct cupboard where they were stored. From that day onwards they were always on display and easy to find. Now they are also carrying another favorite of mine The Travelers Notebook. I might be too deep into the stationary hobby.

One of the most attractive features of Foyles is the coffee shop in the fifth floor. It is quite large and has a ton of savory snacks, lunches and beverages for the discerning reader (or digital nomad). The problem is that everyone knows about it so it is always full. I thought that on a rainy day it might be empty because people would not be as crazy as me and venture outside in the pouring rain to go to a book shop. DM told me to roll a perception roll, I failed to notice that during that kind of weather, coffee shops are extremely attractive (and somewhat dry and warm, unless you’re in Rio where coffee shop are always set to arctic cold). I managed to find a comfy seat though as my luck rolls tend to pan out and started writing this blog post. I guess I should do this kind of writing more often.