When my parents came back to Brazil after vacationing in China for a month, they gave me a Gaiwan and some tea. I didn’t really know how to use it, or how to properly brew the teas they gave me. At the time, I thought I didn’t like those teas. I was brewing like the I was taught to, in a teapot with long brewing time, and then serving on the gaiwan (which I mistook for a tea cup).

Now, many years later, I understood how it was supposed to work. And it is delicious.

I’m fond of little rituals. I enjoy drinking coffee as much as I enjoy preparing it. Lately, I’ve come to think that I have been drinking too much coffee and that maybe I should add more tea in my life. What I want is not to replace coffee with tea but to balance between them. I used to be a tea person before I became a coffee person, so it is a bit like going home.

Upon researching more about tea, I decided that eastern (specially Chinese) style of tea is more suitable for my tastes than western (aka English) style of brewing. I took a deep dive into the Mei Leaf YouTube Channel — which is a tea bar and shop with an awesome tea facts and skill channel — and learned a ton of stuff.

“The greatest realization I had was how wrong I was with my past experiences with a gaiwan and oolong teas. I was doing it all wrong.” — WrongDog, the tea-waster

After watching a ton of videos in that channel, I noticed that their shop is actually at a 25 minutes walk from my flat. OMG! It was destiny! The heavens want me to drink tea! So even though it was 2°C, I wrapped myself in many layers of excitement and walked to their shop.

The shop was full of people (thankfully it was a very large shop and everyone was wearing masks. Also full means about six people, covid changes perspectives). I waited until they were all served and was then greeted by a very helpful human who helped me buying a Gong Fu Tea Solo Kit and many sample packs.

If I enjoy the experience and little rituals involving tea, I plan to slowly upgrade to fancier sets as my taste improves.

The Kit comes in a fancy box. 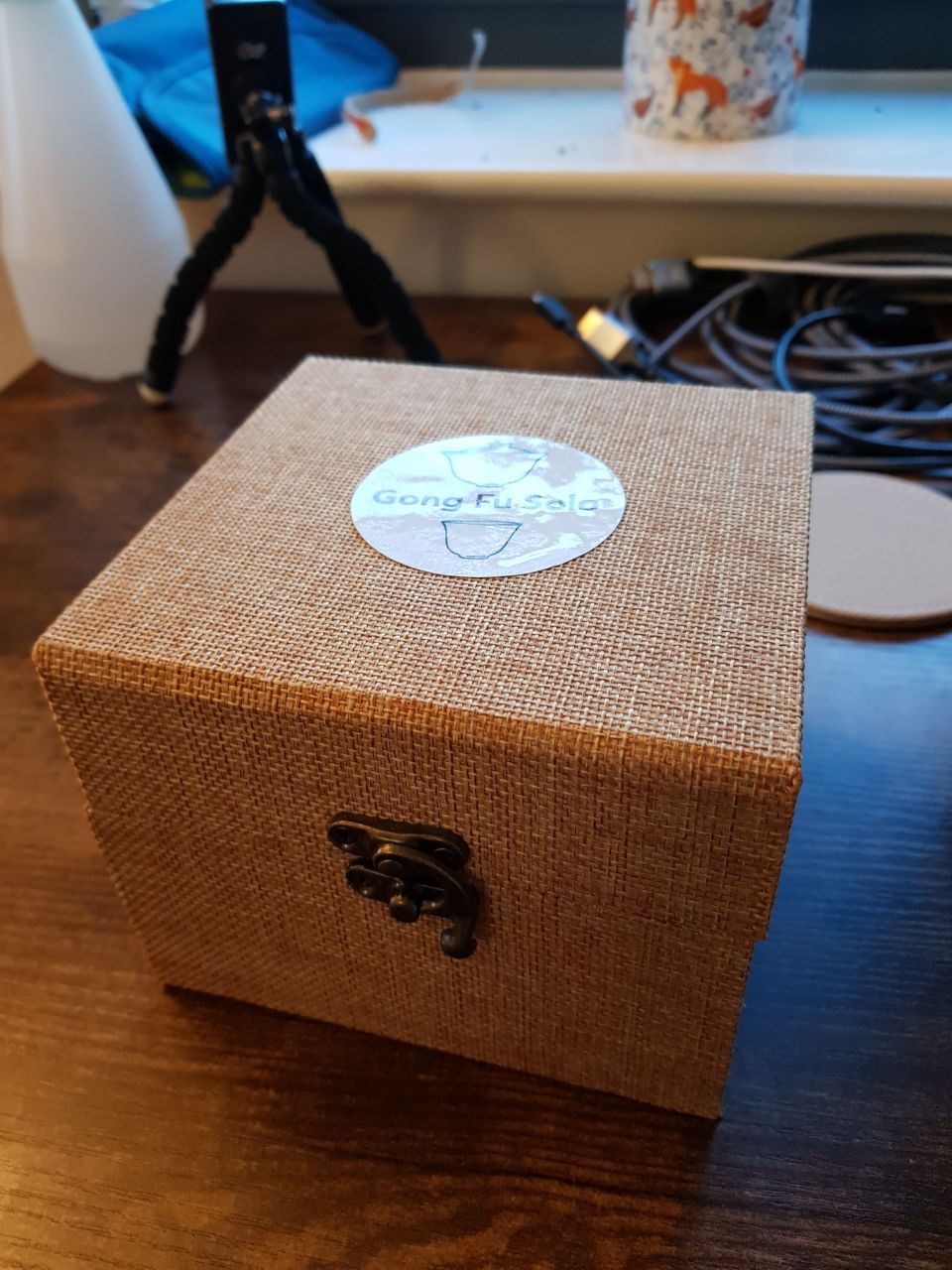 Even its interior is fancy and well made. 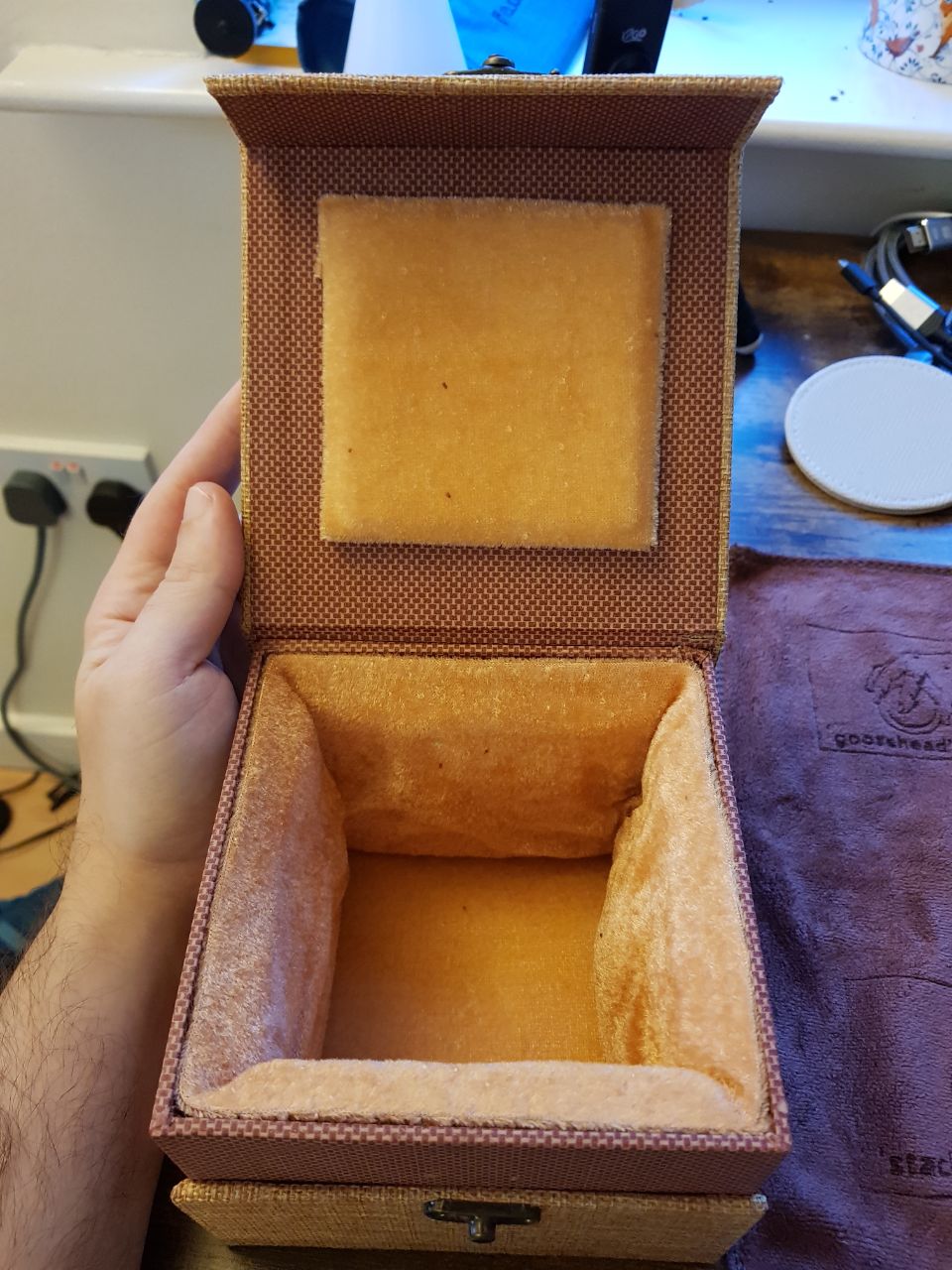 I can see this box having use for many many years. Inside it there was a 70ml gaiwan, a cup, and a towel. 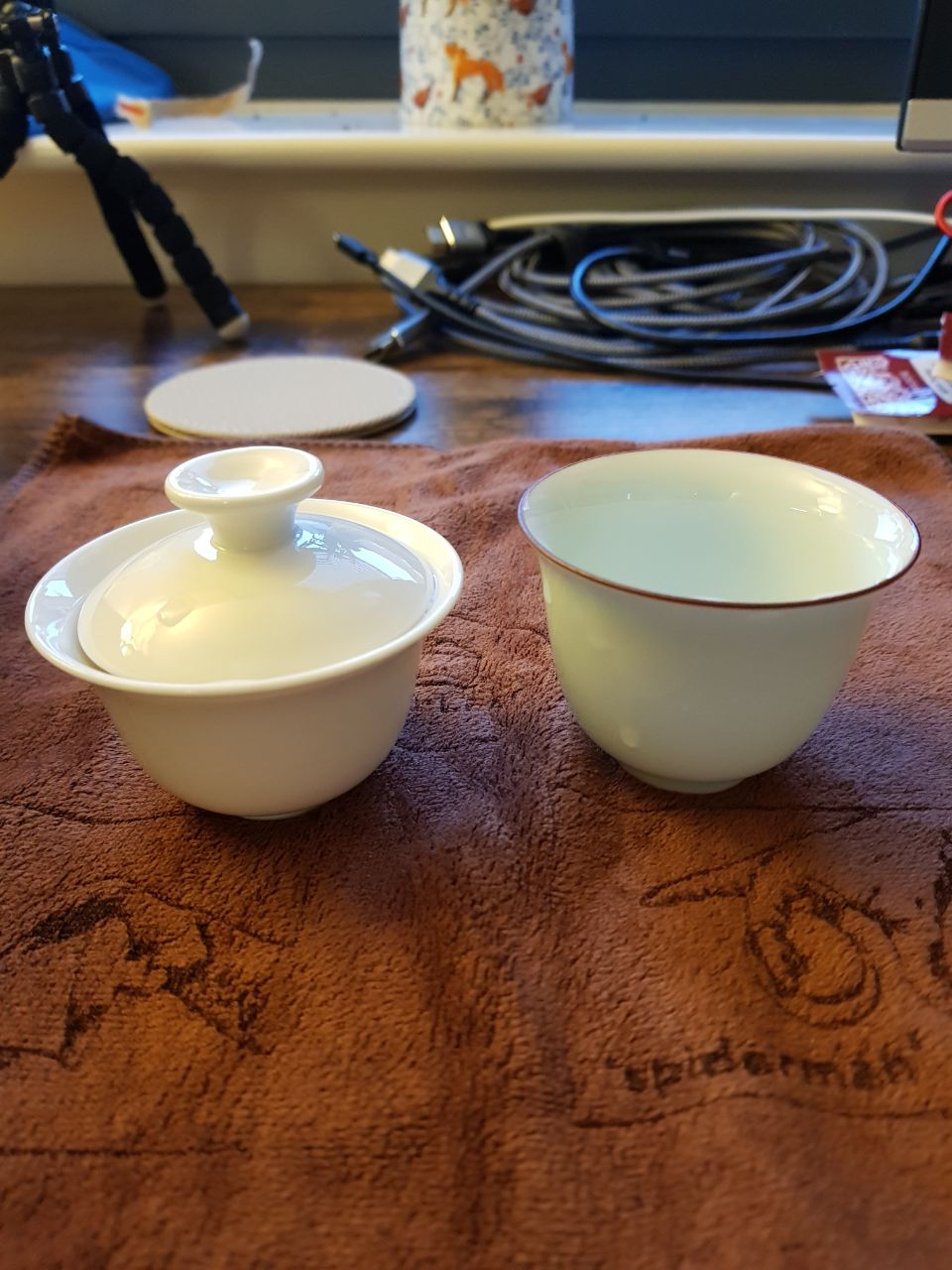 I also got seven tea samples. 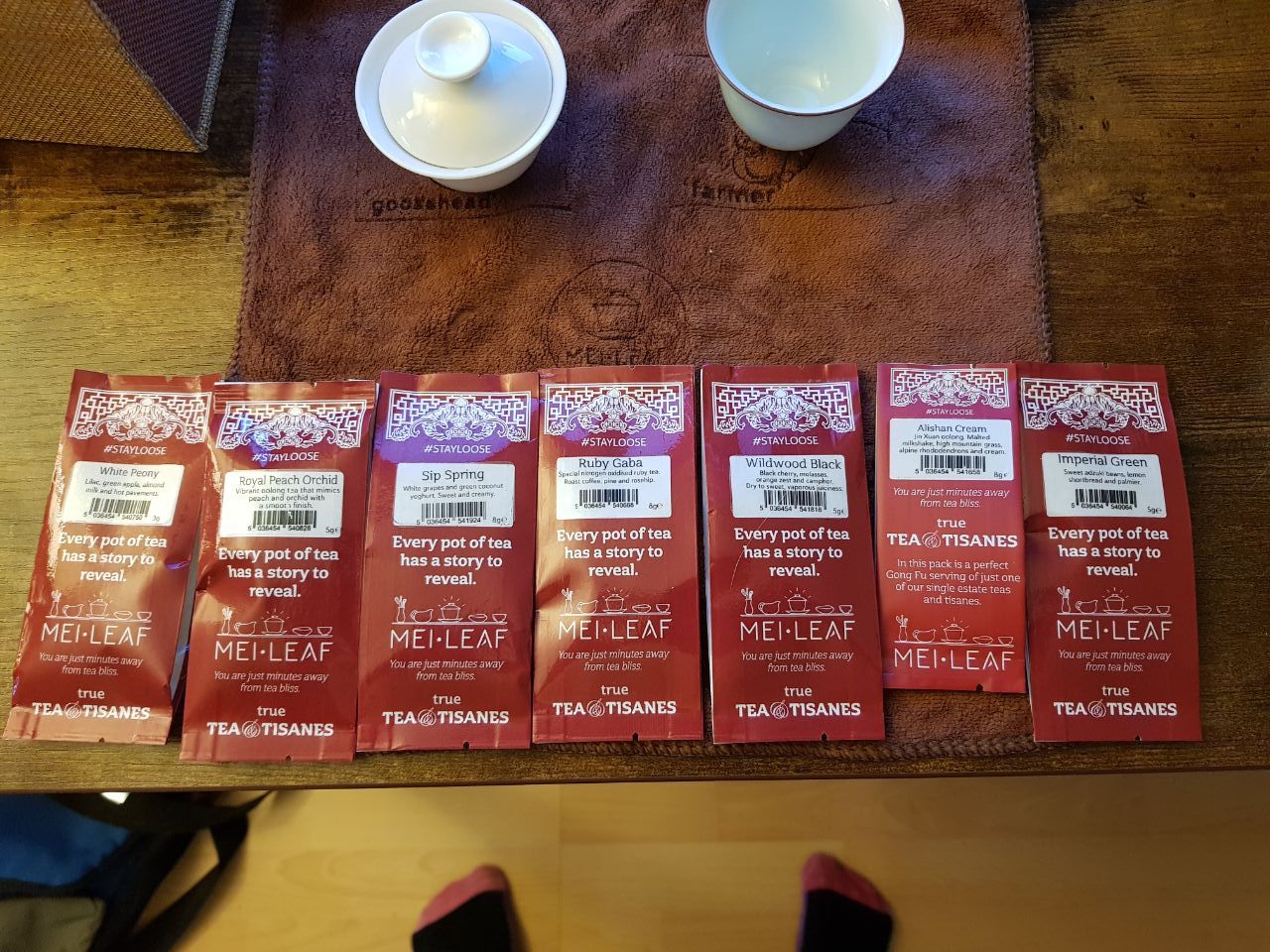 I’m in love with all of this already. Time to make some tea.

I had no idea what to start with, so I went with something I tasted before: green tea. Their green tea looks really nice: 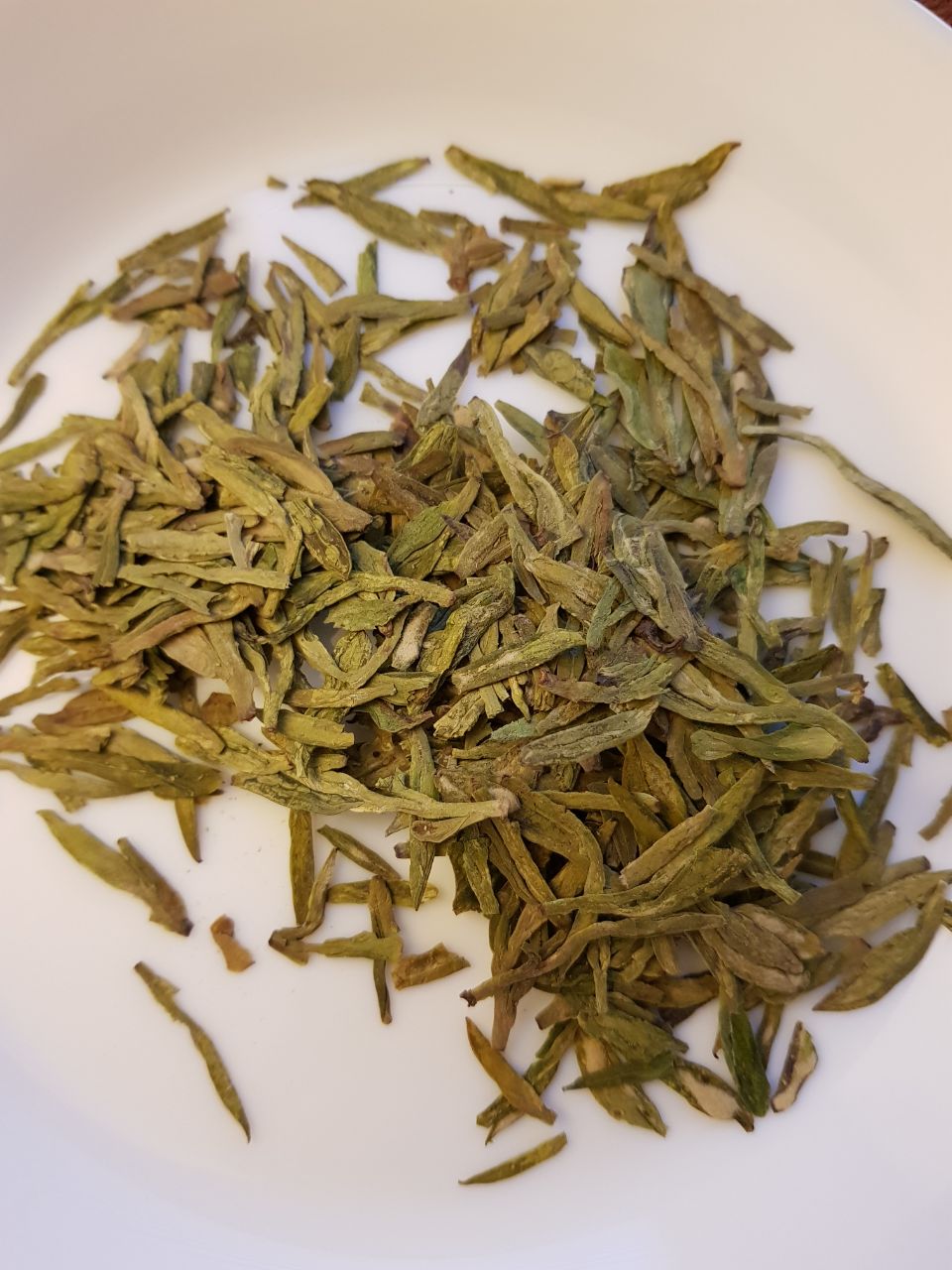 This is imperial green tea pre-Qin Ming, which means it was harvested before the spring IIRC. To be honest, I’m not that fond of green tea but among the various green teas I’ve tasted in my life, this was probably the best. 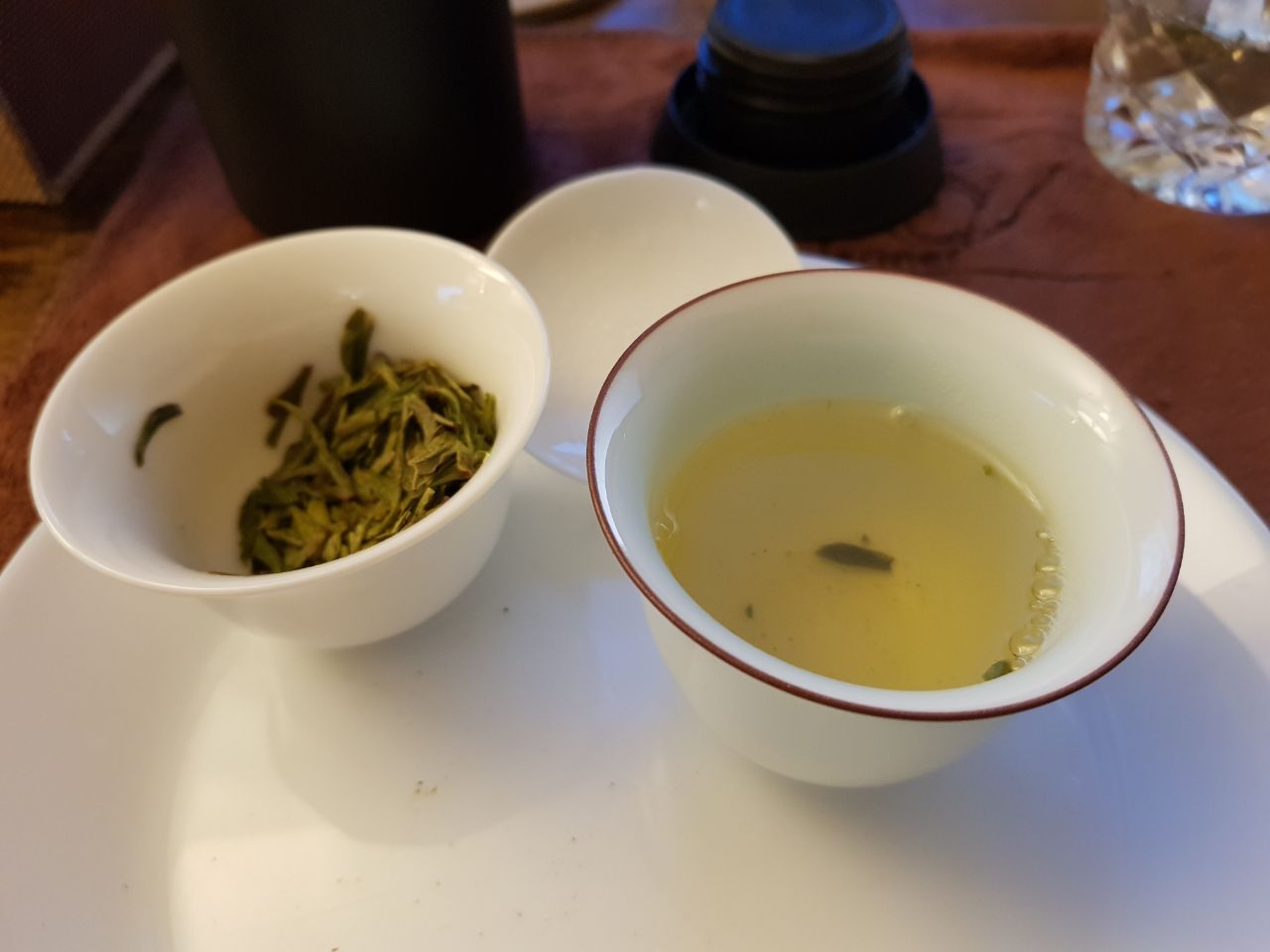 I’m still learning to control the gaiwan, so some leaves escaped into the cup (and that is fine).

Can’t wait to try the other flavours.