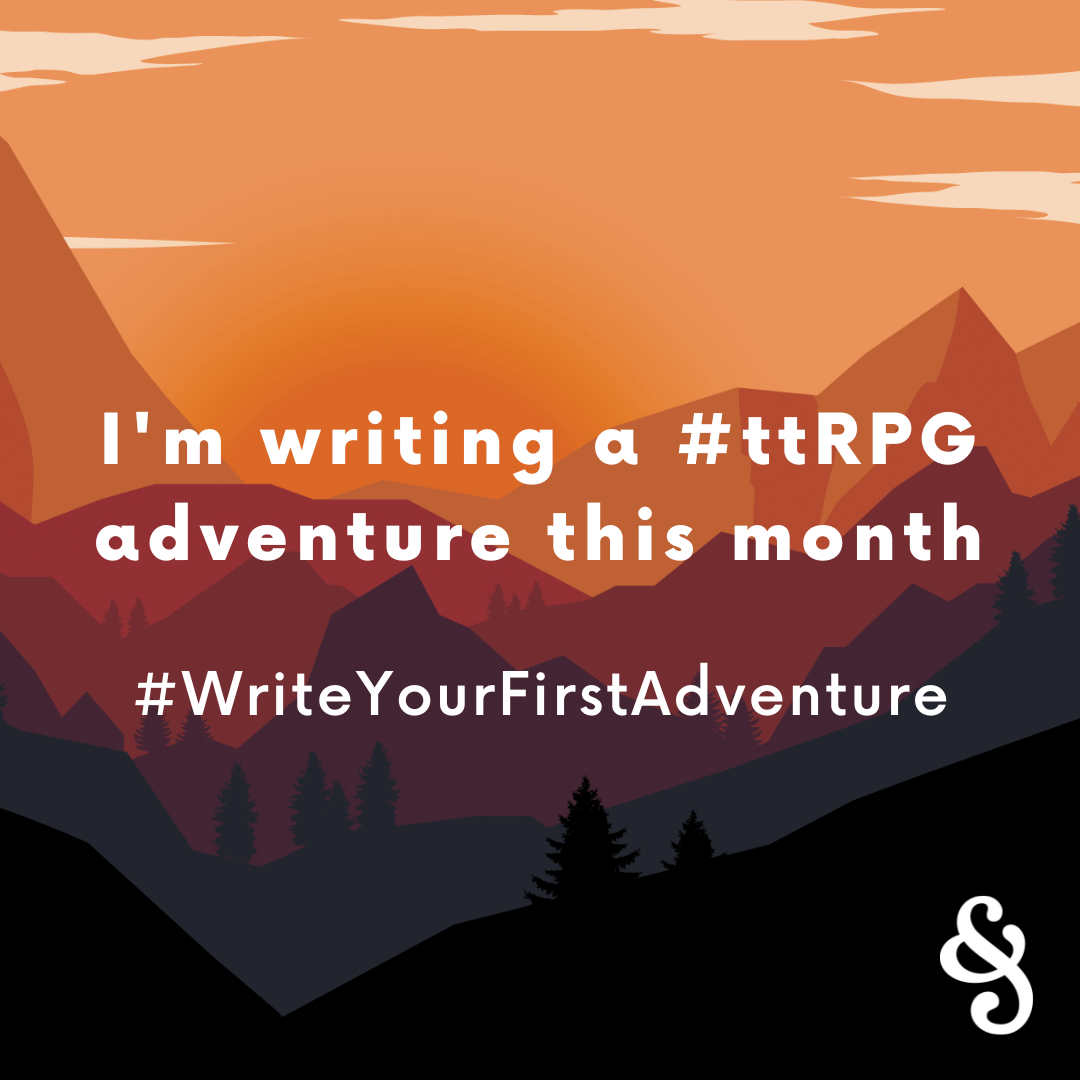 Growing up in the 80s and 90s was great. My days were filled with RPGs and arcades. It was a glorious time for tabletop RPGs. So many companies experimenting with crazy ideas, I think that it was only recently (in the last 10 years or so) that our ecosystem became richer and more willing to experiment than the early 90s. We are surely living a golden age of RPG innovation right now.

From those days all the way to right now, I’ve dreamed of being a writer. It was only recently (more precisely this very month) that I realised that I can actually call myself an author. Heck, I have six published books already, I’m probably an author. But those books are not RPG books.

I want to dive deeper into that ecosystem from a writer POV. Yes, I’ve published some small stuff on Itch, even some incomplete stuff because I was too busy, but I really want to make that kind of writing a more meaningful aspect of my life. That is why I decided it was time me to take the jump and enrol into the Write Your First Adventure course from The Storytelling Collective.

Want to write epic content for your favourite tabletop roleplaying games, but don’t know where to start? Start here!

It is a one-month long program to write a small one-shot adventure. I’m so excited for it. From the three possible paths, the Chaosium one felt the right one for me right now. As a game developer, I’m usually more inclined to roll my own stuff which would mean joining the General Path, but I also want to leverage an existing community of fans and be able to get feedback on my adventure from people outside my own platform. In the 90s and 00s, I was heavily invested into Call of Cthulhu RPG. It is one of my favourite games, and RuneQuest (in its current Glorantha flavour) has been pulling me for a while. All that made me opt for the Chaosium path.

Yesterday, I went to Leisure Games — my friendly brick and mortar store — and got myself both an up to date 7th edition Keeper Rulebook for CoC and a starter set for RuneQuest. 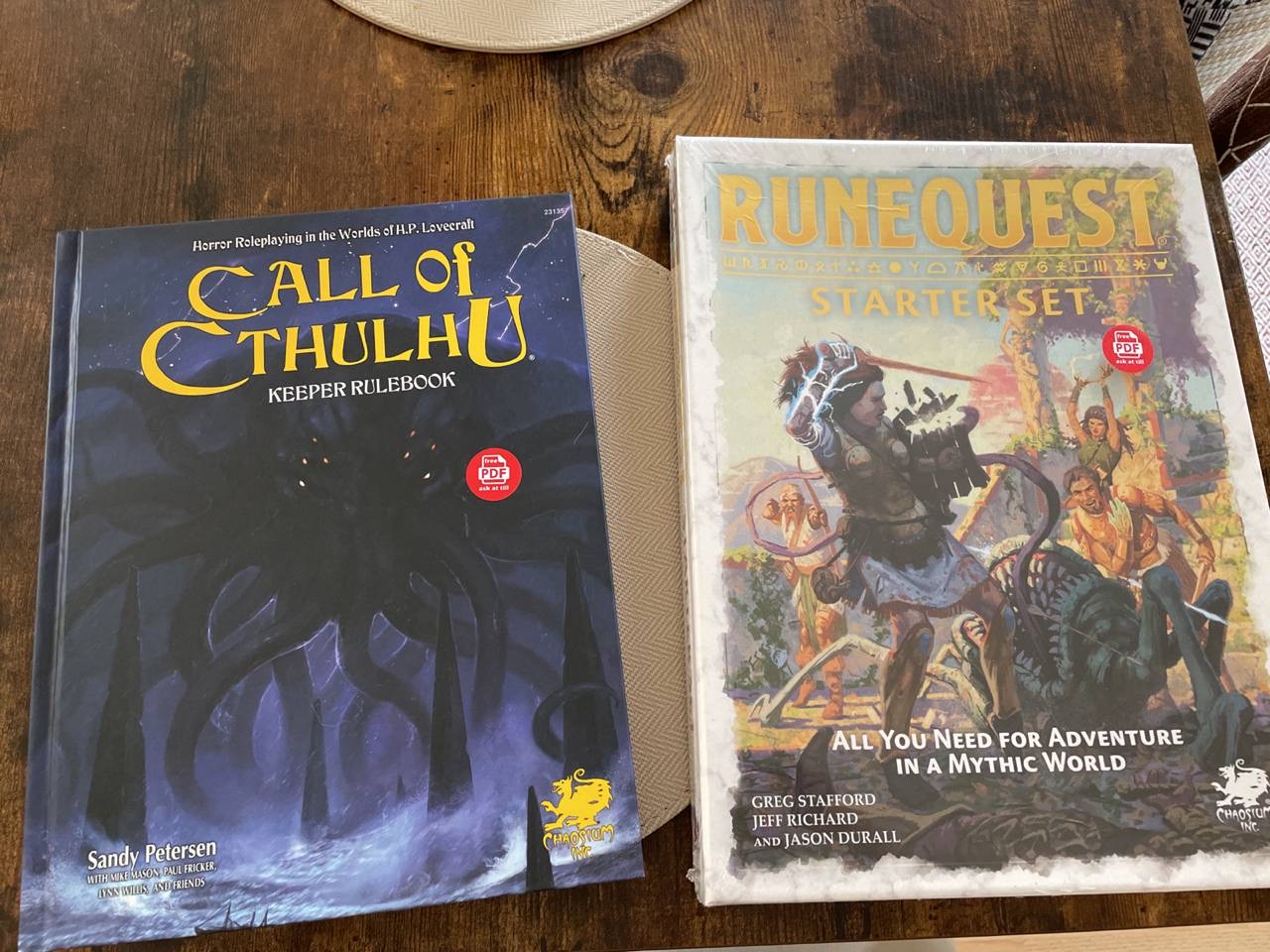 Both games feel so familiar to me, but so fresh. The last Keeper Rulebook I had was the 20th Anniversary one, I guess that is 5th or 6th edition. The 7th edition book looks great. RuneQuest is brand new to me, but it doesn’t seem that hard due to my BRP background.

I’m not sure if I should go with Call of Cthulhu or RuneQuest for the adventure. I want to do both, but that may be overreaching.