Pocketfold is a remix of Pocketmod which is a foldable design that allows you to create cute booklets. Pocketfold is in my opinion specially suitable for creating character sheets as you can design it in a way that make accessing relevant information easy while still being pocket-friendly. 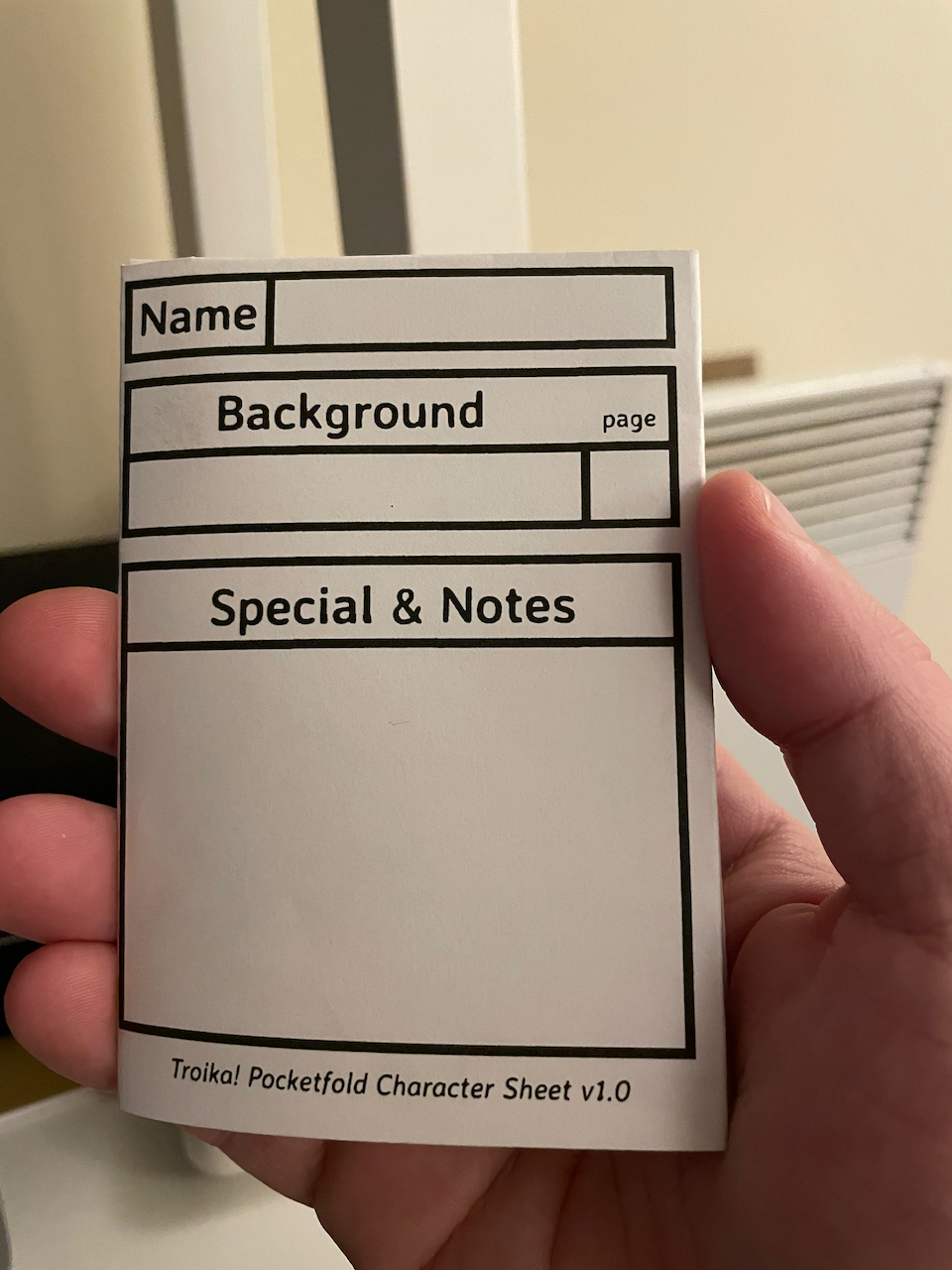 The front of the character sheet gives you basic information about the character. Makes it easy for you to flip between multiple sheets looking for the correct character, like a book cover. It lists name, background, and special notes. 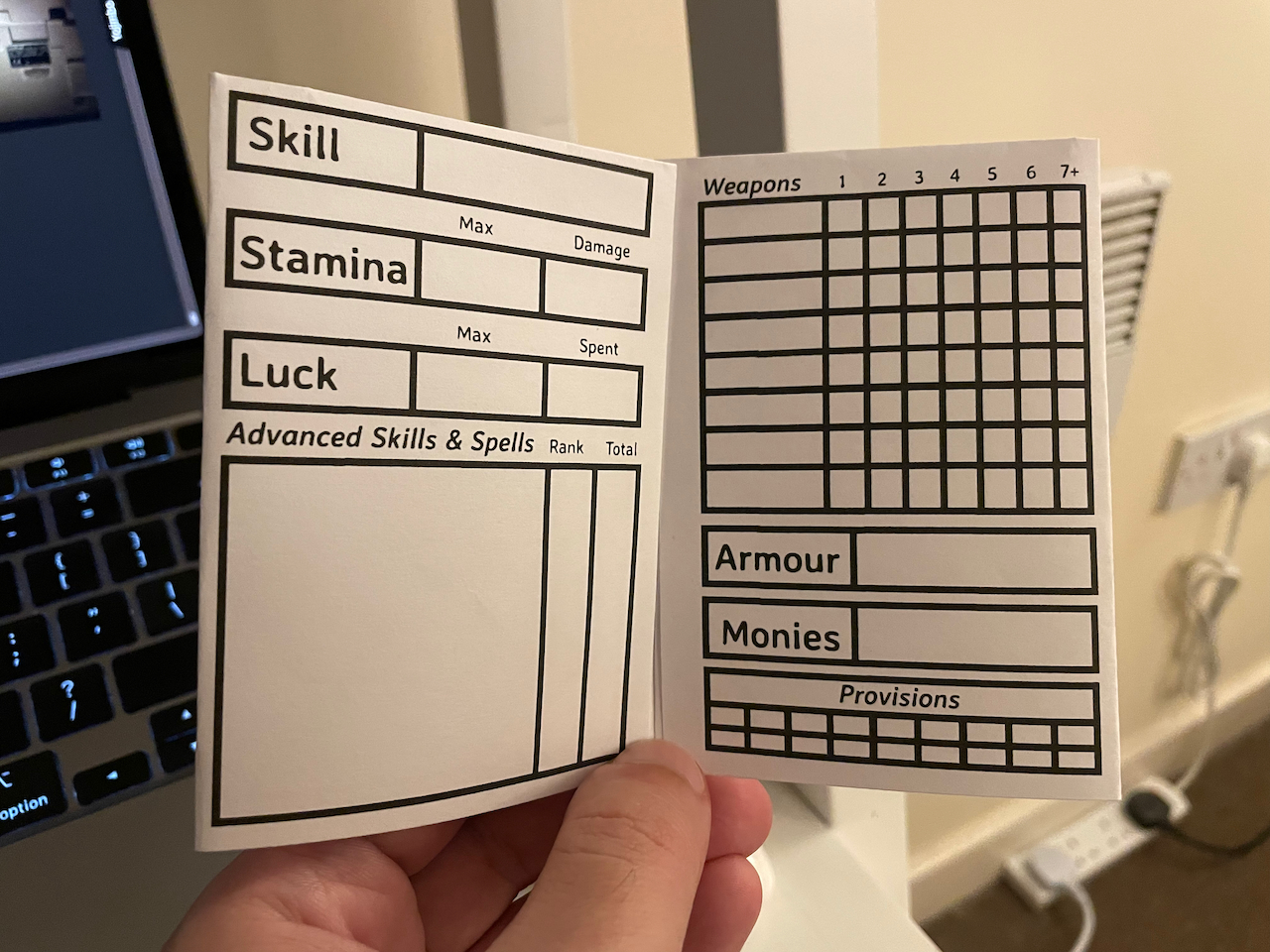 Opening the first fold, you can see the most used stats and data. Most of the player actions will use only what is in the first fold and I expect these sheets to remain unfolded like that for most of the game. 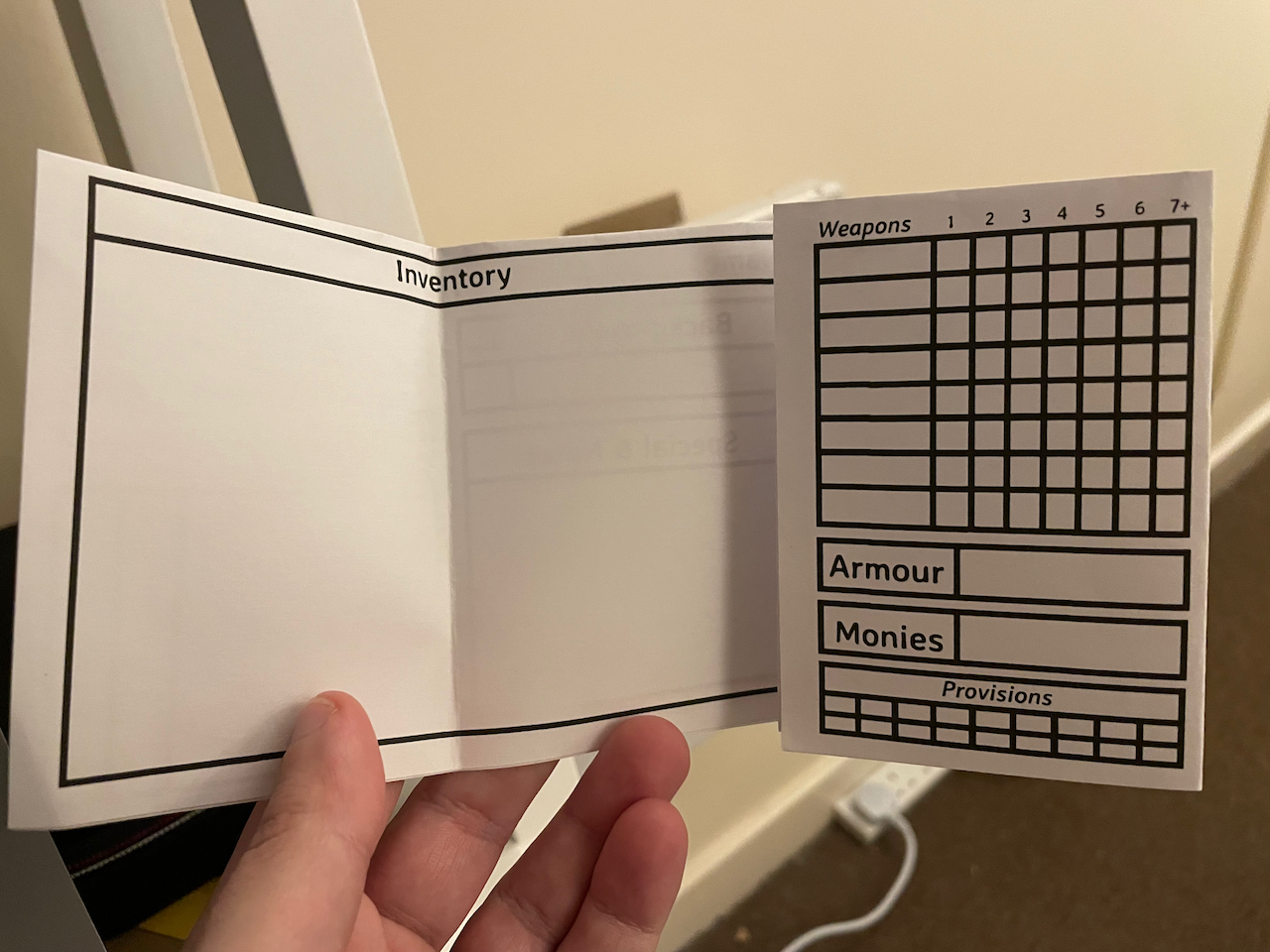 The left-side flap gives access to the inventory. This photo is from an unfinished version, the current version has twelve lines in it since you’re only allowed to keep a maximum of twelve items.

The right-side flap has a rules summary that is handy for opposed and unopposed rolls. Pocketfold design enables one to see the summary while still being able to see the most important stats for dice roll actions.

Unfolding the whole sheet exposes its backside which is divided into two sections, one for campaign notes and another for drawing passport stamps from the spheres the player visits.

I haven’t used a desktop-publishing software in ages even though I have a license for Affinity Publisher since it was released. I’ve toyed with them but I never released anything. At the moment, I’m not confident in my Affinity Publisher skills so for this character sheet I used a much simpler program that I actually know how to use: Swift Pubklisher 5.

It is hard for me to finish things. I’m very good at starting things but I guess I get terrified of releasing them. Sharing unfinished work is easy for me because it is unfinished, declaring something finished and shipping it is another story.

Even though I have six books published, I’m still afraid of reviews. People are very cruel and sometimes it escapes them that stuff you ship is usually the best you can do but not necessarily the best it could have been. Being on the other side of reviewers without empathy saps a ton of my energy.

Most things I’ve shipped in my life are related to software development. That is my comfort zone—even though those reviews and comments still hurt—and I want to branch out of it. I want to release more RPG and creative writing products, I just need to get into the habit of finishing them.