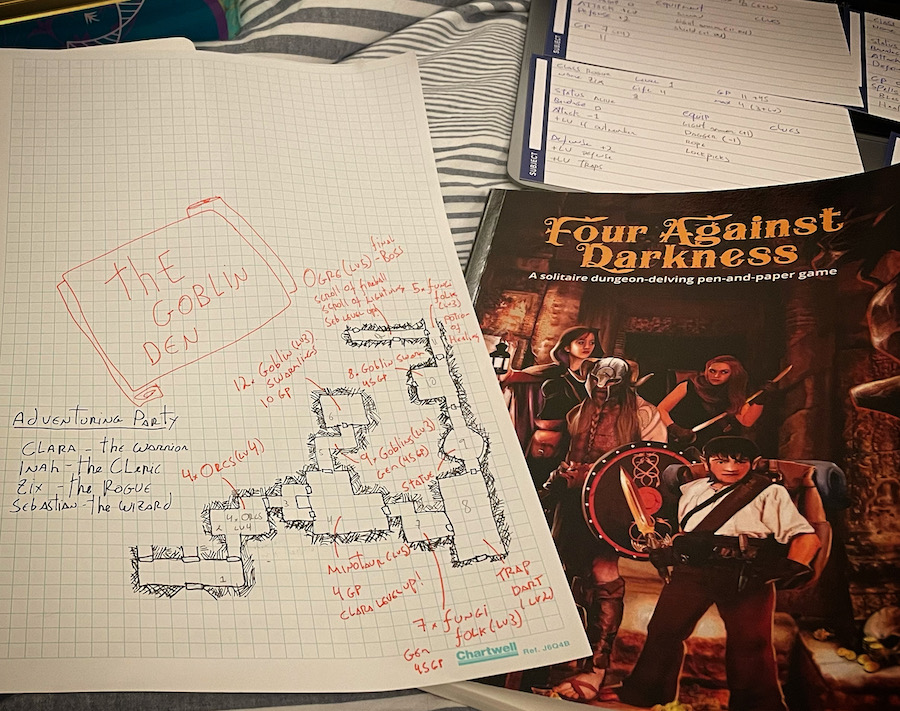 My party survived their first dungeon in Four Against Darkness solo dungeon-delving game.

I almost thought they were all gonna die on the second chamber where they faced a level 5 Minotaur (they are all level 1) and Sebastian miscast the sleep spell.

The City Watch Rejects guild is composed of Clara (warrior), Inah (cleric), Zix (rogue), and Sebastian (wizard) who are now licking their wounds and counting their loot.

Some random highlights from the play.

Four Against Darkness is a solo ttrpg game. In the spectrum it is less of a journaling/roleplay solo game and more of a roguelike/dungeon delving mechanics game. You make four characters and through the clever use of flowcharts and random tables, you move through a randomly-generated dungeon trying to survive the ordeal and loot the place.

It is a very easy game. The mechanics and workflow are really easy to learn. Surprisingly, what adds some friction is the layout of the corebook. Things that should be close together are separated by dozens of pages and playing is an exercising of flipping back and forth. Luckily, you can photocopy or print most of the tables and have a better experience.